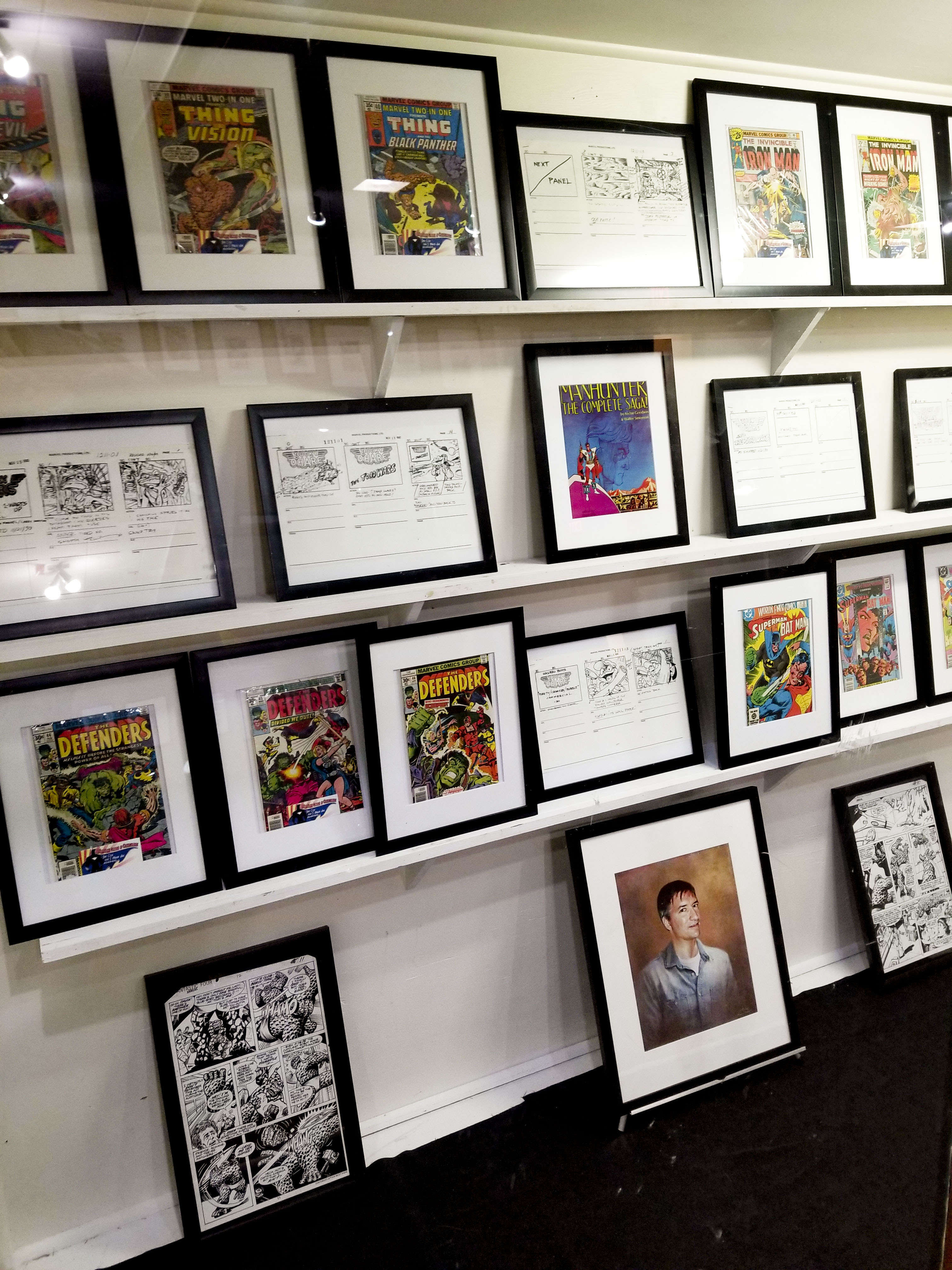 Popping off the pages and onto the walls and into the cases of the Warble Gallery at Grover Museum is the life work of Roger Slifer, a local comic book and animation editor, writer and producer.

Additionally, visitors will be able to read some of the works of George Stubbs Sr., a former comic writer and artist for “The Shelbyville News.”

Slifer served as an editor and writer for both Marvel and DC Comics throughout the 1970s and 1980s after he graduated from Morristown High School in 1973. It was during his time with Marvel that he began sharpening his writing, working on “The Defenders,” “Marvel’s Two-in-One” and “Fantastic Four,” which comic’s ink boards are displayed in the exhibit.

This led him to a job with DC Comics, where he began writing the first issue of “The Omega Men,” which is currently on display, along with the issue’s ink pages with notes. It was in the third issue of this series Slifer co-created the anti-hero Lobo, an interplanetary bounty hunter.

He also served as an editor for “Green Lantern/ Green Arrow,” “World’s Finest Comics” and “Manhunter: The Complete Saga,” which was one of the first graphic novels ever created. Many of these titles are also currently on display in the museum.

Following his time with the comic book industry, Slifer served as an editor, writer and producer at Sunbow Productions, Marvel’s animation department. While there, he worked on “GI Joe: An American Story,” “Transformers,” “My Little Pony” and “Bucky O’Hare.”

Later in life, Slifer brought “Yu-Gi-Oh,” a cartoon series from Japan, to the United States as the series executive producer. His work on the series earned him a trading card named in his likeness called “Slifer, the Sky Dragon.”

While Slifer’s worked focused largely on the fantastic, Stubbs Sr.’s work centered on the local weekly happenings of Shelby County in the newspaper comic, “This Week in Shelby County History.” The museum is currently displaying comics from 50 years ago, as well as comics from 1981, when the museum first opened.

Other works of Stubbs Sr. currently displayed include political advertisements, business advertisements and “People We Could Live Without,” a humorous comic that looked at behaviors people in a community might find unfavorable.

Additionally, the museum is displaying a replica of Bucky Barnes’s costume. Barnes was a fictional comic book character who served as Captain America’s sidekick, and was born in Shelbyville, Indiana. Most recently, he was seen in the Marvel Studio’s movie, “Captain America: Winter Soldier.”

Along with the work and artifacts on display, children have the opportunity to create their own comics and add them to the exhibit,.

Comic books are also available for children to pick up for free.

The exhibit was made possible by Slifer’s family, with many items coming from Connie Carlton, his sister, as well as Tim Cox, the owner of ManCave Comic in Shelbyville, Indiana, who loaned comics for display, and donated comic books to give to children. 